The #BoardForward Awards highlight ideas that help to break down gender bias and create a pipeline of talent for female leadership.

While more women are taking their place in C-suites and boardrooms in organizations around the world, more can and must be done to achieve gender parity. There also needs to be more equality for women entrepreneurs, who only receive a small slice of venture capital funding today.

One way to affect change is to help raise awareness and celebrate individuals and organizations that are adopting innovative approaches to tackling issues of diversity and inclusion in the boardroom, C-suite, entrepreneurship and workplaces overall.

The event, held on March 21 at Twitter's headquarters in San Francisco, brought together more than 150 leaders within the Silicon Valley community that have demonstrated a commitment to promoting diversity and inclusion in the boardroom and the C-suite. These leaders included everyone from technology executives and top founders and funders to innovators and board directors.

“At our inaugural #BoardForward Awards Gala last year, we ignited conversations with the aim of creating the most-dynamic and inclusive workforces of the future," says Moira Forbes, executive vice president of Forbes and president of ForbesWomen. “This year, with fewer women serving as CEOs of S&P 500 companies, there's greater urgency than ever to close these pervasive gaps. When we all come together and recognize that diversity is our collective strength, we can make the systemic changes needed to ensure everyone has a voice and a seat at the table."

During the gala, Forbes and theBoardlist presented the annual Diversity Champion Award to Whitman. The award recognizes a tech industry leader who has been a force for changing the face of their own organization and the broader ecosystem. Last year, the event celebrated the achievements of Mitchell and Freada Kapor of Kapor Capital. 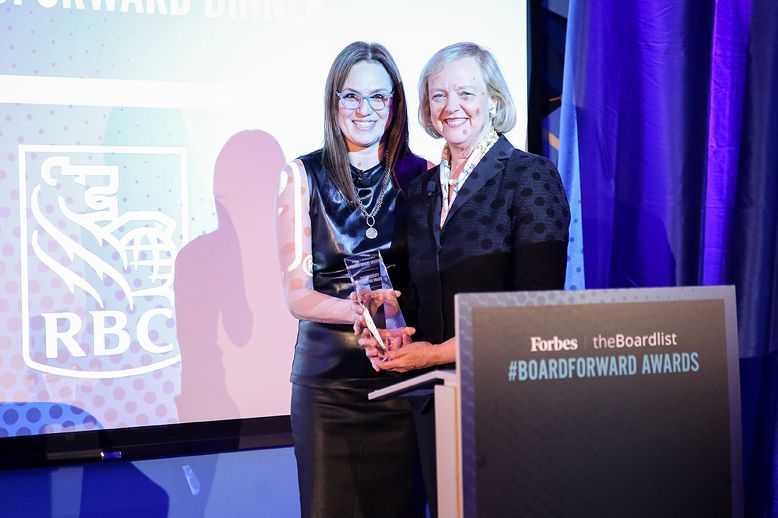 Sukhinder Singh Cassidy, founder and chairman of theBoardList and president of StubHub., says the event isn't just a celebration of achievements, but also underscores the need for gender equality in the tech industry.

“The future of tech IS diversity," she says. "The more diverse perspectives we bring to leadership and decision-making, the more we'll create great products that meet our customers' needs, build innovative companies and create great corporate cultures." 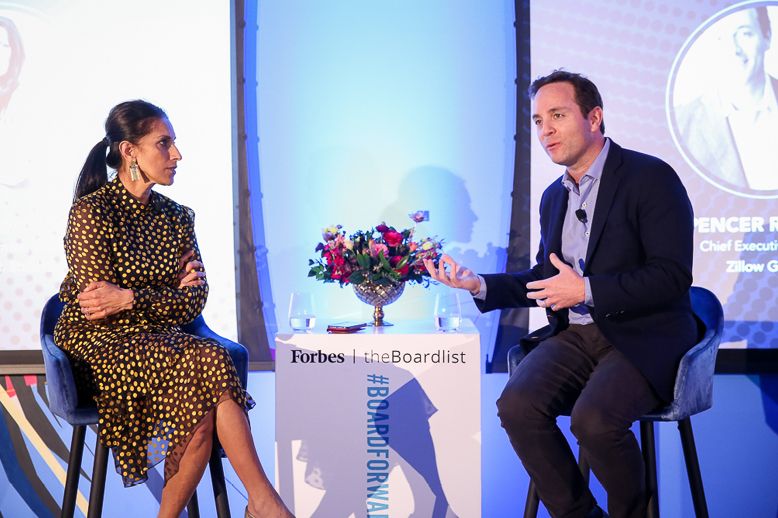 Royal Bank of Canada was the keynote sponsor for the 2019 #BoardForward Awards, as part of its commitment "to creating leadership opportunities to advance women in the C-suite and the boardroom," says Kristen Kimmell, head of credit strategies and business development at RBC Wealth Management–U.S.

“The #BoardForward initiative is designed to accelerate a global conversation about bridging the gender gap in businesses around the world," says Kimmell. "As one of the largest financial services firms in the world, we want to be a part of that conversation."

Forbes and theBoardlist will host a second-annual #BoardForward Awards Gala in New York in the fall.