Populists will likely have a louder voice in setting the European agenda, but the outcome of the elections shouldn’t throw the EU off course.

On May 23, 200 million EU citizens cast their votes in elections for the European Parliament. Results will be divulged on May 26. Polls show that populist parties should do well and could win about one-third of the seats, up from 22% in the last election in 2014. While this could frustrate reform efforts, it is unlikely to alter the course of the EU. The fallout from the elections on some national political landscapes and how the U.S.-China trade dispute unfolds are likely to be more important drivers for the region.

Populist parties on the rise

Composition of the European Parliament 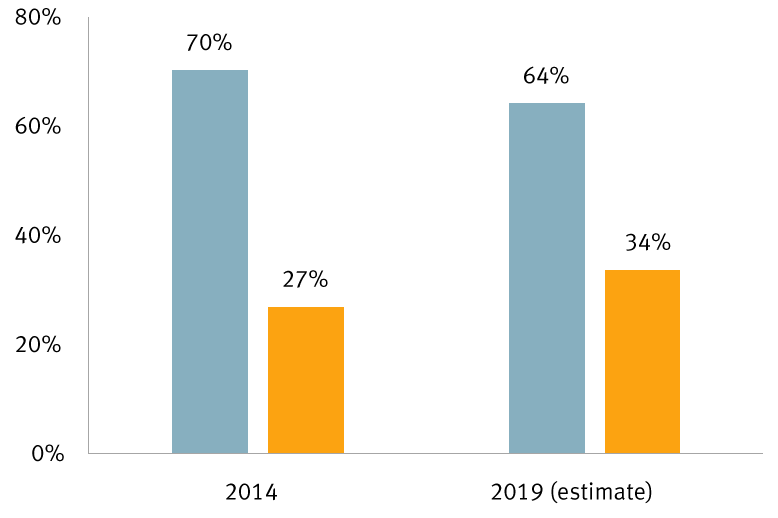 What are these elections?

The European Parliament is the EU’s law-making body. The members of the European Parliament (MEPs) are the only directly elected representatives in the EU. There are 750 MEPs (plus the parliament’s president or speaker), with each country’s representation in proportion to the size of its population. As each of the 28 member countries has a half-dozen political parties on average, a staggering 225 parties are represented in the parliament. Given this enormous size, MEPs are grouped by political affiliation (e.g., right, centre, left), not by nationality.

The European Parliament has three key roles. It is a legislative body, and together with the European Council with which it has an equal voice, it passes EU laws, proposes and negotiates international agreements, and decides on enlargements (the integration of new countries into the EU). The parliament also has a supervisory role, electing the president of the EU Commission and providing oversight of other EU institutions. Finally, it approves the EU budget.

For some time, polls have been suggesting that populist parties are likely to gain about one-third of the seats. European elections have traditionally been seen as a way to hand in a protest vote with limited risk of unpleasant consequences, given the size of the parliament.

Anti-establishment populist parties have been gaining momentum by tapping into deep-seated frustrations. They are calling for large government spending programmes, promising a return to the “good old days” with a strong national identity, and railing against immigration, or any combination of these. However, with support for the EU having increased over the past two years—perhaps given the U.K.’s difficulties in extricating itself from the EU and as memories of the 2012 European debt crisis fade—populist parties have largely abandoned their calls to ditch the EU and the euro, though they continue to attack Brussels.

Populists gaining one-third of the vote would be enough to disturb the assembly’s business, but not enough to change the course of the EU’s direction, in our view.

As we pointed out in the March edition of Global Insight, EU decisions are made by the European Parliament in conjunction with the European Council, itself made up of 28 national leaders who are mostly pro-EU at the moment.

Even if populist parties gain as much ground as polls suggest, they are unlikely to be seamlessly united, given their significant differences in agendas and goals. The centre, while weakened, should still be able to assert itself. But unless the demands around national identity and anti-immigration are at least partly acknowledged or met, populist sentiment may well continue to increase, and the centre could lose its grip on power at the next election.

For now, repercussions of the European elections may be more important at the national level than for the EU itself. For example, should Italy’s far-right party Lega Nord fare well in the election, as current polls indicate, Italy’s deputy prime minister and Lega Nord leader Matteo Salvini may decide he no longer needs the Five Star Movement as a coalition partner and try to manoeuvre for early elections to take place this autumn. Salvini has ruffled financial markets recently by stating that Italy’s economic growth should be achieved at the expense of the EU demand of reducing the national debt. The 10-year Italian bond yield spread to German Bunds spiked above 275 basis points. 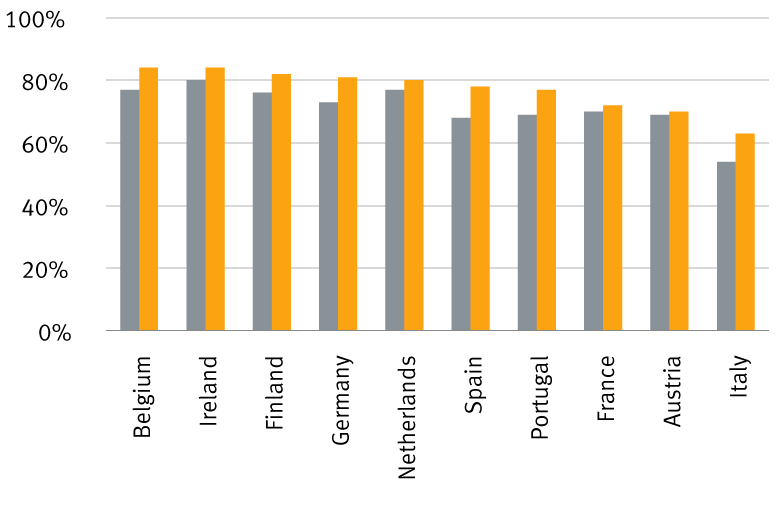 The U.K. is participating in the elections despite the Brexit drama, and polls suggest a poor showing for its two main parties, the Conservatives and Labour. The elections may also precipitate the ousting of Prime Minister Theresa May and could encourage Labour to take a less ambiguous stance over a second Brexit referendum.

Looking beyond the elections

More threatening to the health of the European economy than the EU elections, in our opinion, is the escalating U.S.-China trade dispute. As an export-oriented economy that is particularly exposed to China, a return to a natural rate of growth for Europe depends on a benign outcome, and on a stabilisation in global trade. But it is far from clear that this will be achieved.