As more of North America and Europe shuts down in order to mitigate the rapid spread of COVID-19, a recession in both regions looks more likely. This reality, combined with the still numerous uncertainties about the disease’s toll and duration, has inflicted further damage on the equity market, and disrupted segments of the fixed income and commodity markets. The S&P 500 has fallen nearly 30 percent from its mid-February peak, with other developed equity markets sharply lower as well.

Meanwhile, governments are not only implementing unprecedented restrictions to stem the spread of the disease but also are putting forth aggressive stimulus initiatives—along with major central banks—in an attempt to blunt the economic damage. Following is an assessment of where things stand in this fast-moving crisis from RBC economists and strategists, and the Global Portfolio Advisory Committee.

Markets have yet to respond positively to announced or planned stimulus efforts by major central banks or G7 governments. Are these institutions on the wrong track?

Despite being encouraged that authorities seem willing to throw the kitchen sink at this crisis, we’re not Pollyannaish about the economic risks. Because of the sudden, exogenous shock, it is increasingly looking like the coronavirus pandemic could be the first health crisis to cause a recession in developed economies in the modern era.

Crude oil has plunged and is testing the 2016 lows 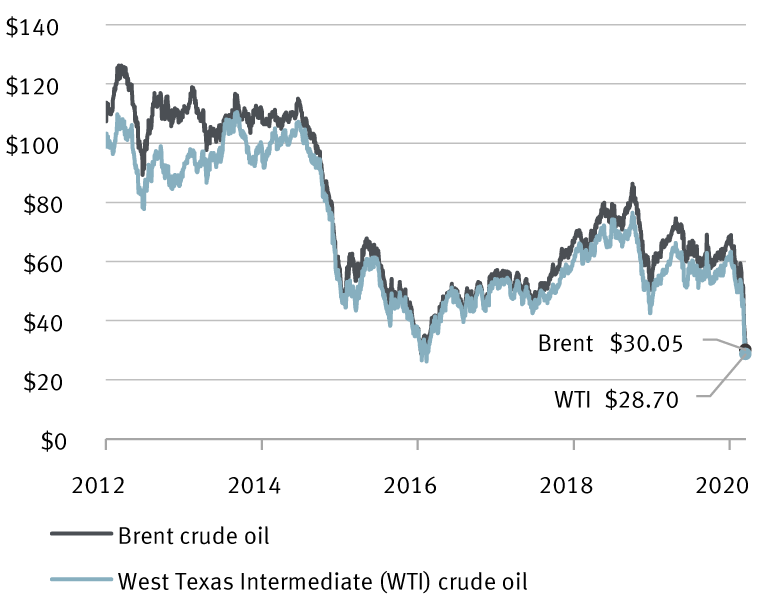 The bond market has not been spared from the volatile market conditions.

Canadian equities and the dollar

Corporate earnings estimates are being reassessed across the board, in all major equity markets. Uncertainty about the spread and duration of the pandemic is making the process more difficult. Here again, employing scenario analysis is useful.

RBC’s economists and strategists continue to believe this troublesome period for many countries, and markets, is a transitory shock.