What should equity investors look for in 2020?

We like the set-up for U.S. equities, but there’s plenty for investors to think about, and it’s prudent to be tuned in to the challenges in 2020.

The equity market turbulence in May and late summer seems like a distant memory. Time—and especially gains—heal all wounds. What stands out now about 2019 are the strong rally since early October and well above-average year-to-date returns of most equity markets, with the U.S. leading the way.

A banner year for equities

2019 year-to-date index returns (not including dividends) 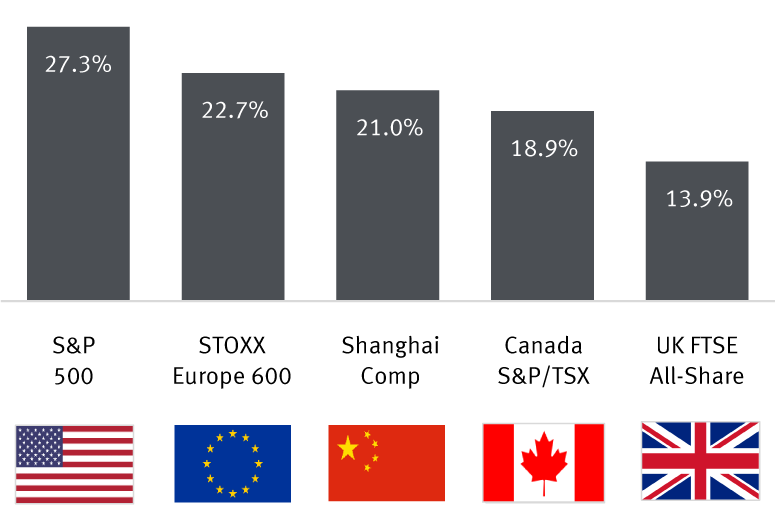 We think three factors have contributed most to the S&P 500’s surge this year:

The market’s strong performance in 2019 came with almost nonexistent earnings growth and at a time when the S&P 500’s valuation was above average for much of the year.

The lack of earnings growth can be excused given S&P 500 profits expanded by a whopping 23% y/y in 2018, with corporate tax cuts representing about eight percentage points of the total. Such robust growth late in the expansion cycle is rare and set a high hurdle for this year.

Regarding the market’s above-average valuation, we think the low interest rate environment makes it more tolerable. Investors have historically been willing to “pay up” for every dollar of earnings when rates and inflation were low. The S&P 500 is now trading at 18.4x RBC Capital Markets’ 2020 earnings forecast of $174 per share versus a long-term average of 16.2x. While we’re still not overly bothered by the elevated valuation, we see less room for it to expand in 2020 and acknowledge the U.S. valuation is stretched vis-à-vis other developed markets. 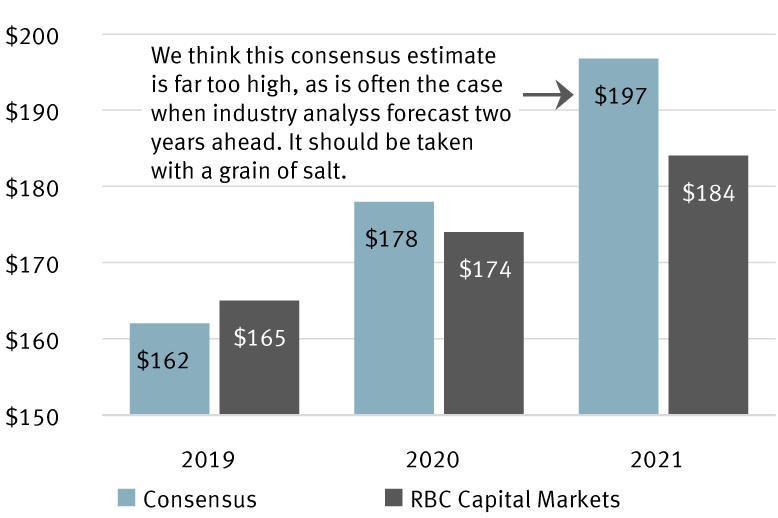 For the upcoming year, we have a bullish bias with new highs and moderate returns forecast for the S&P 500. Right alongside this is a heightened need for caution acknowledging that the late cycle carries particular challenges for both the economy and stock market. Our outlook has been well telegraphed in this full report and brief summary.

There are a few additional things to keep in mind as the new year approaches, especially regarding the U.S. equity market:

Happy holidays, and we wish you a prosperous 2020!

The re-imagined bucket list: How to finance your dreams

Did you know this about money management? Current retirees have travel goals, but younger generations are setting investing goals for experiencing new things.