The major equity indexes can be quirky. They are intended to reflect the performance of “the market,” a broad and diverse group of stocks, and they often do. But lately some U.S. indexes haven’t mirrored the performance of the overwhelming majority of their stocks.

Take the S&P 500, for example. It’s widely considered the benchmark or representative U.S. market index due to its composition of large-capitalization stocks, diversified across 11 sectors and numerous sub-industries.

So far in 2020 and for the past year, a handful of the largest stocks within the S&P 500 have far outpaced the index as a whole. Take these giants out of the index, and it’s easy to see there is a chasm between the “haves” and “have-nots”:

Price return in the past 12 months 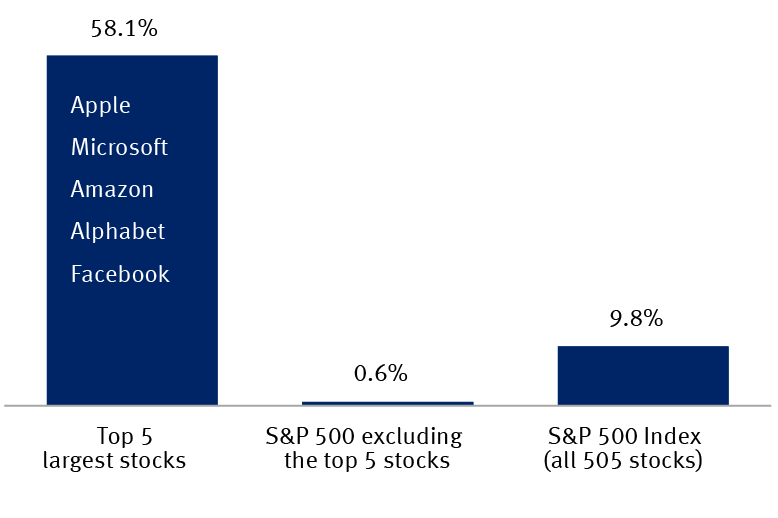 Not a tech bubble redux

This mismatch is concerning to us because the outsized influence of the five largest stocks on the S&P 500, and that of the next largest 20 stocks, is similar to what occurred during the tech bubble roughly 20 years ago.

The five largest stocks make up 22.6 percent of the S&P 500’s market capitalization. That’s notably above the 18.0 percent level at the peak of the tech bubble, as the top chart shows. The top 25 stocks represent almost as much of the S&P 500 as they did back then.

Market concentration today is comparable to the tech bubble era

Percentage of market capitalization (weight) in the S&P 500 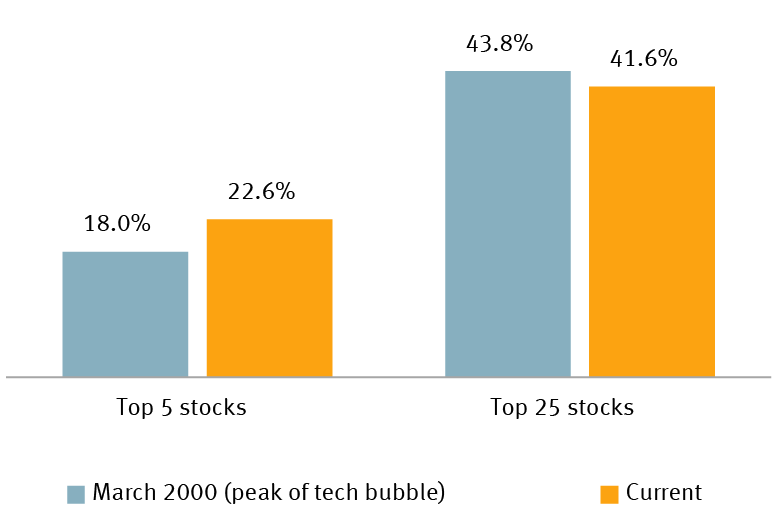 But we don’t think this is the tech bubble 2.0. There are some key differences between then and now.

First, the five largest stocks are less expensive. Today they trade at an elevated price-to-earnings (P/E) ratio of 34.3x based on the forward 12-months consensus earnings forecast. At the height of the tech bubble, the five largest stocks traded at an unseemly P/E ratio of 46.9x. Today’s tech giants are also less expensive on other valuation metrics, including net debt-to-EBITDA.

Second, the large mismatch in stock performance seems justified to us based on earnings trends. In the last 12 months, which includes the difficult COVID-19 collapse in earnings, the tech giants have grown earnings by 6.0 percent, while the rest of the S&P 500 has experienced a 13.1 percent decline in earnings, according to our national research correspondent.

Third, there is also a big disparity in profit margins. Net margins have risen 17.5 percent for the five tech giants compared to 10.2 percent for the rest of the S&P 500, on a trailing 12-month basis. 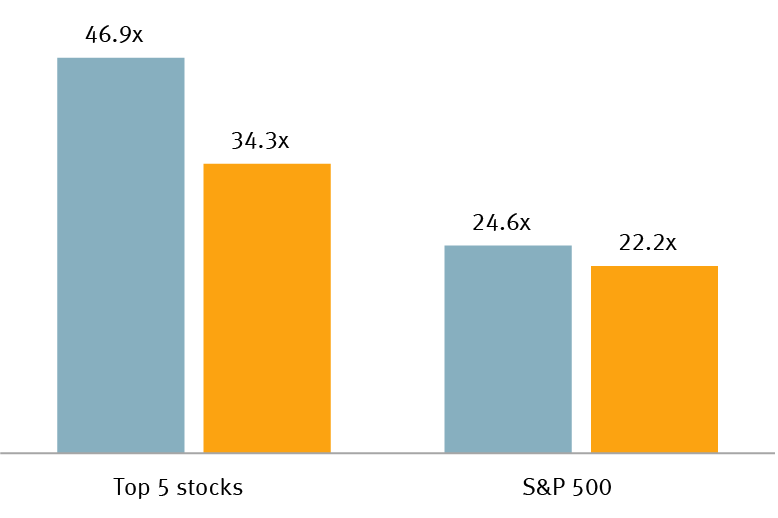 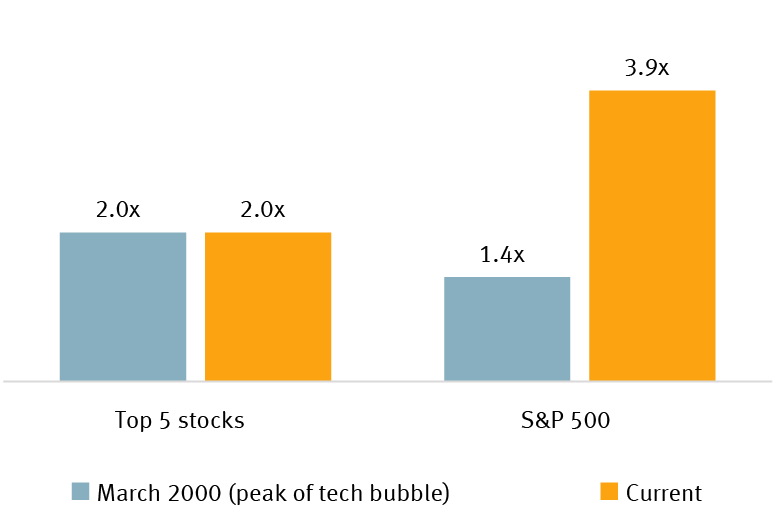 As we’ve written previously, it’s not unusual for a handful of stocks to get hot for periods of time. We think mismatches in performance between the largest contributors to S&P 500 gains and diversified portfolios will largely sort themselves out over the medium and long term.

S&P 500 leadership changes over time, which reinforces our longstanding view that it’s prudent to hold diversified portfolios. Until shifts in leadership occur, patience is required.