The status of NAFTA’s successor is clouded by the White House’s latest tariff threats. We examine the hurdles to ratification and impact on equities.

Following through on his campaign promise to redraw the rules of trade in North America, U.S. President Donald Trump pressed Mexico and Canada into a protracted negotiation that ultimately culminated in the United States-Mexico-Canada Agreement (USMCA). The successor to NAFTA was signed by the leaders of the three countries in November 2018 following 16 months of intense negotiations. That was the easy part. The USMCA must now be ratified by the legislative branches of the three signatories before it can take effect in governing North American trade.

A series of early hurdles …

The first hurdle facing enactment of the USMCA emerged before it had even been signed. The U.S. midterm elections in early November 2018 brought a power shift in Washington as Democrats wrested control of the House of Representatives. The White House must now manoeuver its signature piece of trade legislation through a Democrat-controlled House that may be hesitant to bestow a trade win on the president ahead of the 2020 election. Whether the product of legitimate concern or political gambit, Democrats have raised issue with the pact’s labour, environmental, and enforcement provisions, among other matters.

A second significant hurdle was recently cleared. When the trade pact was signed, it failed to remove tariffs previously imposed by the U.S. on steel and aluminum imports from Canada and Mexico. The persistence of these tariffs became a non-starter for these nations when it came to commencing the legislative process to pass the USMCA into law. With the U.S. administration now eager to begin its own legislative process and see its partners do the same, the U.S. proved a willing counterparty in striking agreements to remove these tariffs last month. 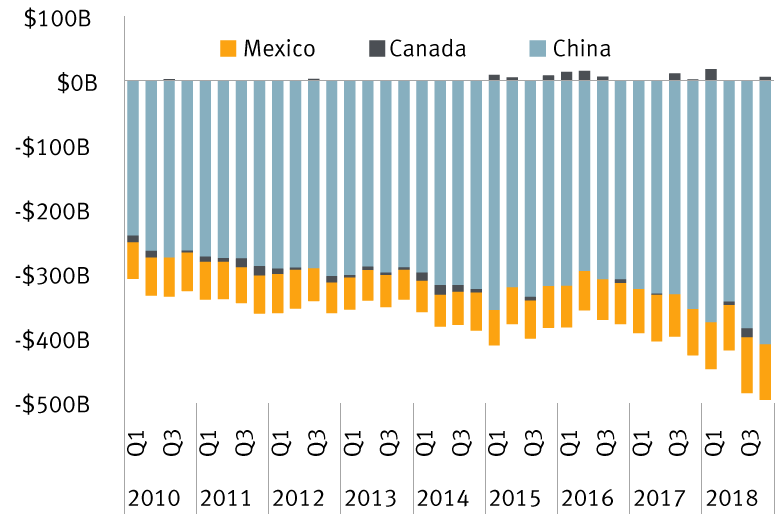 … And the erection of a wall

The latest impediment to USMCA adoption came via Twitter as Trump announced the imposition of escalating tariffs on Mexican imports in response to Mexico’s perceived failure to address the flow of migrants attempting to cross the southern border of the U.S. The threatened tariffs would impose a 5% duty on roughly $350B of Mexican imports on June 10 and would rise by 5% each month until reaching 25% in October. These tariffs would remain in place until Mexico has convinced the White House that it has taken substantive action to address the migrant issue.

This plan was reportedly met by opposition within the president’s administration and has drawn the ire of certain congressional Republicans. Mexico’s economy minister acknowledged there are several possible responses—including retaliatory tariffs—but indicated a preference for a diplomatic solution.

The threatened tariffs on Mexican imports pose an obstacle to the USMCA’s passage and send a mixed signal to other parties engaged in trade discussions with the U.S. With NAFTA remaining in force pending the USMCA’s passage, Mexico (and Canada) remains subject to a pre-existing trade deal with the U.S. Having just seen Mexico threatened with across-the-board tariffs, how will other interested parties (e.g., China, the EU, and Japan) approach their own bilateral negotiations with the U.S.? At the very least, other parties would be right to consider whether “good faith” negotiations are being reciprocated. 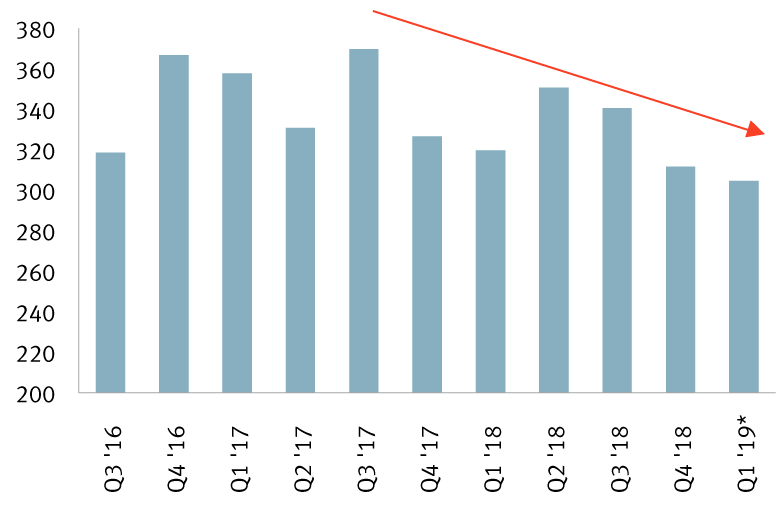 Timelines to be tracked by a calendar and not a stopwatch

The three-party negotiations that led to the USMCA were drawn out and subject to numerous lapsed deadlines. It would be of little surprise to see the three distinct domestic ratification processes follow a similar pattern. The U.S. trade representative recently submitted a draft statement of administrative intent regarding the USMCA to Congress. It does not set a timeline for Congress to vote, but it does signal the start of a process whereby the White House hopes to see legislation passed this summer. Facing political opposition and a tight timeline, it remains possible that Trump reverts to threats to terminate NAFTA in an effort to push Congress to affirm his trade deal.

Canada’s inclination is to adopt a legislative pace that moves in tandem with the U.S. Complicating the effort will be the Canadian federal election this fall where a change in government is possible. As adoption of the USMCA is an “all or none” proposition, failure to navigate any signatory’s political apparatus could see the agreement shelved.

The opening of another front in the trade war adds further reason for caution in this late-cycle environment. We continue to believe that tariffs announced to date are not enough to tip the world’s largest economy into recession and maintain a Market Weight allocation to global equities. However, we believe investors should evaluate their holdings and cull those that no longer garner high conviction. In the event that tariffs on Mexican imports are imposed and maintained, we would be cautious on companies exposed to integrated North American supply chains, notably automotive companies as well as certain retailers and transportation companies.