30 years ago, a handful of trailblazing women came together to rise in a male-dominated industry. Today they are grooming the next generation of female leaders as our 300-member-strong RBC Wealth Management Women’s Association of Financial Advisors.

30 years ago, a handful of trailblazing women came together to rise in a male-dominated industry. Today they are grooming the next generation of female leaders as our 300-member-strong RBC Wealth Management Women’s Association of Financial Advisors.In 1991, a handful of enterprising women at a Midwest brokerage firm known as Dain Bosworth decided they were frustrated with being among the few women in their branch, at their company and in their industry, so they set out to do something about it.

The firm employed just under 650 brokers in 16 states at the time – and only 6% of those brokers were women.

That paltry representation stood in stark contrast to what was happening elsewhere in society: Women’s participation in the U.S. workforce hit a record 57.4% in 1990, and they were making headlines by earning prominent positions in politics, business and education.

But, for whatever reason, those societal gains weren’t felt as equally by women working in the financial services industry. Their numbers were few – even fewer if you looked in leadership ranks – causing them to not only feel isolated, but unsupported.

In response, this small group of trailblazing female stockbrokers at Dain Bosworth launched one of the very first female advisor affinity groups in the country. They initially called themselves the Women’s Advisory Council, soon to become the Association of Women Brokers, and finally, in 2001, the Women’s Association of Financial Advisors (WAFA).

This group would advocate for female stockbrokers within the firm all while working to attract new women to the profession. The needle moved slowly at first, but small wins begot more small wins, and soon progress was being made.

Today, WAFA is more than 300 members strong and growing. 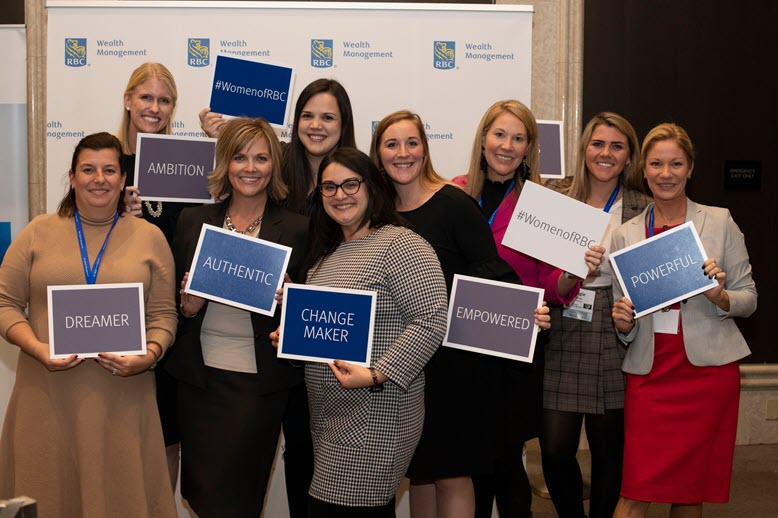 WAFA provides the opportunity for female FAs to connect, learn from one other, and access business development and mentoring programs. Additionally, WAFA has been the genesis of a number of policies and programs that help advance female financial advisors at the firm, including increased maternity leave benefits for commission-based employees and more fulsome fertility benefits. This group of female advisors also serves as the go-to sounding board for RBC Wealth Management when developing and implementing new programs that are particularly beneficial to women, such as Milk Stork and paid caregiver leave.

But WAFA is about more than mentoring, support and advocacy. This powerful group has helped groom a new generation of female leaders within the organization. In fact, in 2021, RBC Wealth Management benefitted from more women leading our branches and complexes than ever before.

I know many people reading this might think anniversaries such as this simply mark the passage of time. But after a year when a global pandemic erased a full decade of employment gains for women and school closures created even greater hurdles for working mothers trying to advance in their careers, I think it’s incredibly important to celebrate the milestones of any group that’s successfully breaking down barriers to women’s success and helping them rise.

It’s also important to recognize and use such a milestone as an opportunity to reflect not only on how far we’ve come, but on what we still have left to do. There is much work still needed to bring more equality and gender parity into finance, an industry where women and people of color continue to be woefully underrepresented. There’s also much more we can do to turn financial services into an industry that provides the flexibly that so many talented women today need in order to reach their full potential. Groups like WAFA, which was founded as a grassroots organization by women with a desire to build connections and to help one another succeed, are critical to this work.

I’m hopeful that when we look back on this 30th anniversary years from now, we see it as another pivotal turning point in the journey that a small group of trailblazing women started for us in 1991 when they decided it was time to see more people like them at the table and to help one another succeed.

I’m here – and WAFA is here – to champion for that cause, today and every day.

What are the consequences of the growing government debt dilemma?

Governments are awash in debt, with no signs borrowing will let up anytime soon. Is this sustainable? What are the risks for economies and taxpayers?