At the Citywide Childrens Clinic, everyone is a winner, no matter what. Learn about this event and more, taking place at this years RBC Tennis Championships of Dallas.

The free Citywide Children’s Clinic is one of the ways that the RBC Tennis Championships gives back to the local Dallas community.

Each year, ATP and USTA Pro Circuit competitors from around the world land in Dallas, Texas for the annual RBC Tennis Championships. The largest continuous men’s professional tennis tournament in Texas, the event has become a favorite stop of players on the pro tour.

Perhaps that’s because in addition to the competition, the RBC Tennis Championships have many charitable components offered in conjunction with the event. Through several free children’s clinics, in addition to a day dedicated to raising funds and awareness to fight breast cancer, the tournament makes a difference for the local Dallas community – both on and off the tennis court.

As part of the RBC Tennis Championships, a nonprofit called the Dallas Tennis Association (DTA) hosts an annual Citywide Children’s Clinic for 100 children ages three through 18. The participants receive tennis instruction from pro players, who instill confidence and sportsmanship within the children and are a shining example of a strong work ethic.

“There’s nothing better than having the opportunity to change a child’s life,” Teller says. “For this reason alone it was an easy decision to become involved. Engaging and investing in our community are among the most important things that we do.”

And the tournament’s commitment to children doesn’t stop there. Through a Hearing Impaired Kids Clinic, Dallas-area deaf and hearing-impaired schools visit the tournament site, where kids can interact with the pros and, for many, play tennis for the first time. Additionally, a Latino Children’s Tennis Festival gives more than 200 children from Dallas’s Hispanic communities the opportunity to take the court with players and staff. 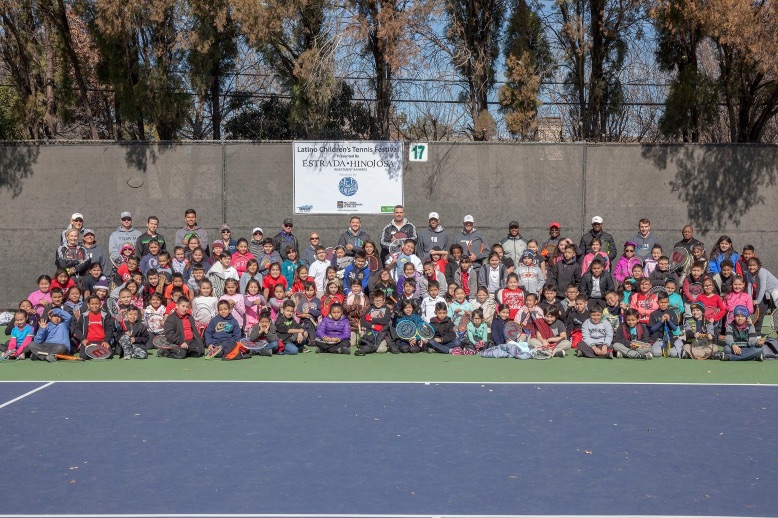 Going beyond the court

The Tennis Championships’ impact also extends beyond the tennis court. The tournament hosts an annual Pink Day that benefits the Dallas County Affiliate of Susan G. Komen for the Cure. During Pink Day, all net proceeds from the tennis sessions are donated to the nonprofit. Visitors are also encouraged to gather in groups and dress in pink to make the day particularly memorable. Last year’s Pink Day raised $6,500 for Susan G. Komen.

Players also travel to a local hospital during the tournament, visiting with patients, signing autographs, and playing games with children.

All of those efforts, from the kids clinics to the hospital visits, serve to amplify the event’s impact on the local Dallas community, says Shawn Edwards, tournament operations director of the RBC Tennis Championships.

And that continues to make it a perfect fit for RBC Wealth Management.