Britain’s Brexit champion takes his turn at pulling the U.K. out of Brexit limbo. “No-deal” Brexit is a risk and we look at the tricky way ahead.

With Boris Johnson, former U.K. foreign minister, winning the Conservative Party’s leadership contest, the U.K. has its third prime minister in the three years since the Brexit referendum. Earlier, when he was mayor of London, he embraced the EU, but he pivoted ahead of the 2016 referendum to lead the “Leave” campaign.

Johnson recently pledged that the U.K. would leave the EU, “do or die,” on October 31, though he would prefer an agreement that lays out the terms of Britain’s exit from the EU to contain a transition period. The problem is that he does not support what is currently on the table, former Prime Minister Theresa May’s thrice-rejected Withdrawal Agreement, because it includes the Irish backstop, a guarantee of no hard border between Ireland and Northern Ireland. The backstop would ultimately require the U.K. to stay aligned with EU regulations, and keep the U.K. in the customs union, something the new prime minister and ardent Brexiters would like to avoid. 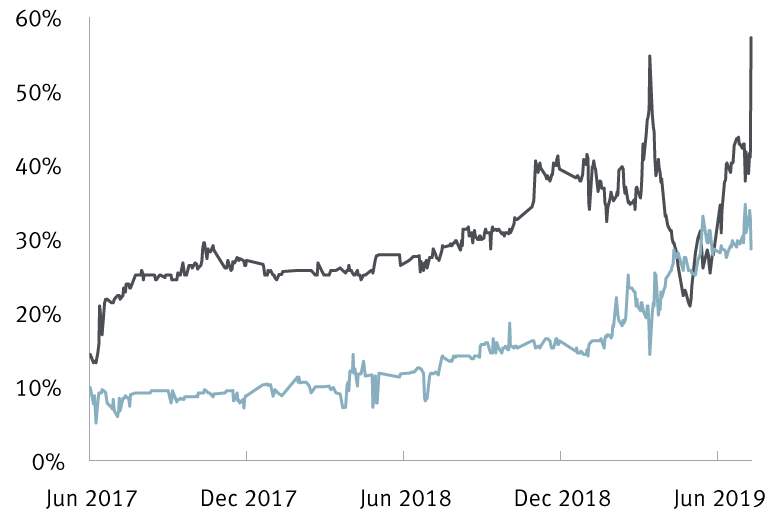 Johnson’s strategy seems to be to try to get the EU to improve the terms of the Withdrawal Agreement. But if this proves fruitless he will likely push for a “no-deal” Brexit, whereby trade would fall under the terms of the World Trade Organization.

Renegotiating the Withdrawal Agreement is likely to prove quite tricky. EU officials have repeatedly stated that the deal is not open for renegotiations. The EU has even disbanded its negotiating team. However, the EU is open to amending the political declaration, which outlines the future relationship between the U.K. and the EU.

Moreover, the new prime minister is inheriting the same challenges that felled his predecessor. The government has a wafer-thin majority and Parliament is still largely opposed to a no-deal Brexit. Time is running out. Summer recess has already started, and, traditionally, Parliament does not sit for three weeks in September/October during the party conference season.

Hence, the visibility as to how Brexit will unfold has not improved. RBC Capital Markets assigns the following probabilities:

How to cushion the blow?

Attention is quickly turning to remedial actions to assuage the short-term impact on the U.K. economy. In a speech in early July, Bank of England (BoE) Governor Mark Carney signaled a shift in the bank’s hawkish rhetoric, given not only Brexit coming to a boil again, but also the state of the global economy and the current trade conflicts.

In its base case of a Brexit delay, RBC Capital Markets sees the BoE delivering a 25 basis point (bps) cut in interest rates at the bank’s November policy meeting. In the event of a no-deal Brexit in the autumn, a stronger response is expected. RBC Capital Markets would expect an immediate 25 bps rate cut, possibly even before the scheduled meeting of the Monetary Policy Committee on November 7. This would be followed by another 25 bps rate cut, to bring Bank Rate to 0.25%, and a restart of quantitative easing, both before year end. 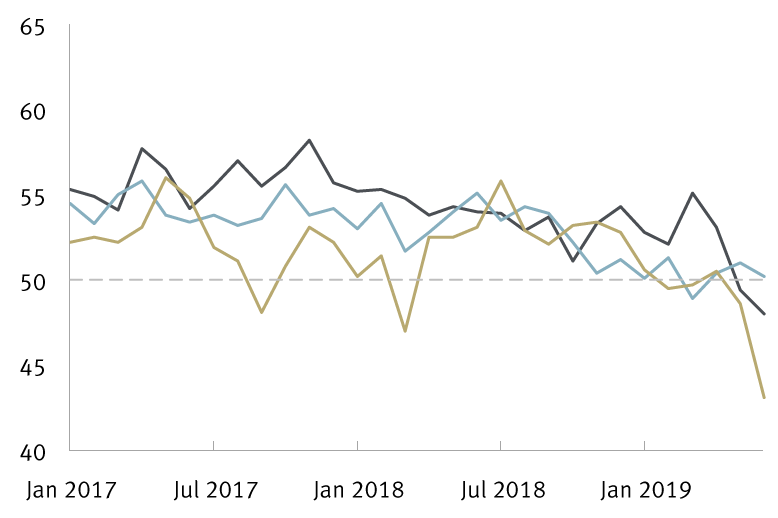 Policy responses would likely extend beyond monetary loosening, particularly under a no-deal Brexit, as this scenario would unleash uncertainty surrounding the trading relationship with the EU and others that would negatively impact the U.K. economy.

Proponents of pursuing the no-deal strategy favor deregulation and significant fiscal easing, including infrastructure investment and tax reductions, measures which Johnson campaigned on.

The U.K. economy is already fairly deregulated, so we believe the benefits of further deregulation would probably be rather modest. Moreover, with the corporate tax rate already as low as 19%, it’s unclear whether the benefits to public finances would outweigh the costs.

Johnson has his work cut out for him, in our view. In addition to economic challenges, the U.K., as a political entity, would also feel the strain from a no-deal Brexit. Both Scotland and Northern Ireland voted “Remain” in the 2016 referendum. Support for Scottish independence is growing, and talk of Irish reunification is increasing. One consequence of a no-deal Brexit could be that the U.K. would have to reimpose direct rule on Northern Ireland to manage the situation. This would put in question the relevance of Northern Ireland’s Executive and Assembly, which enable power-sharing between the Unionist and Nationalist communities. Deprived of these institutions, pressure to hold a poll on Irish reunification would likely grow.

For now, the pound—which has tumbled to early 2017 lows against the U.S. dollar as no-deal rhetoric has ratcheted up—is likely to remain under pressure as the economy weakens, Brexit uncertainty persists, and the BoE becomes more cautious.

With the BoE expected to change its forward guidance from the current tightening bias to a more accommodative stance, 10-year Gilt yields are likely to remain contained at or below 0.70%, as the front end of the curve prices in the possibility of a rate cut. We also anticipate continuing demand for safe-haven assets given the ongoing possibility of a no-deal Brexit. In sterling-denominated corporate credit, we continue to see attractive valuations relative to government bonds. But we remain selective, preferring issues from companies that enjoy a global revenue base and sound earnings visibility.

For U.K. equities, we remain Market Weight thanks to attractive valuations, with the MSCI United Kingdom Index trading at 12x 2020 consensus earnings estimates and having a dividend yield of 4.8%; however, we believe investors should focus on globally diversified companies.